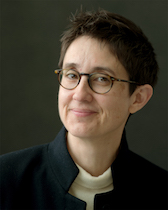 Our research focuses on steroid regulation of synaptic structure and function and the consequences of steroid-driven synaptic modulation for behavior.  Most of our work is on the hippocampus, a brain region important in learning and memory, epilepsy, and in affective behaviors like anxiety and depression.  We use a range of approaches in our studies including molecular biology, biochemistry, light and electron microscopy, in vitro and in vivo electrophysiology, microdialysis, and behavioral assays.

Two ideas driving current work in the lab are: 1) that estrogens are produced not only in periphery as hormones but also directly within the brain as neurosteroids that rapidly modulate synaptic function and behavior, and 2) that some mechanisms of synaptic modulation in non-reproductive parts of the brain differ between the sexes, which is important for understanding how experience or interventions, such as drugs, affect males and females differently.