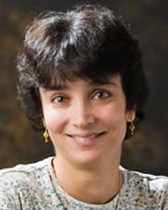 Information in the nervous system is transmitted by electrical signals (action potentials) within neurons and by chemical signals between neurons. The research interests of this lab are in studying the biophysical properties of voltage- and ligand-gated ion channels intrinsic to neurons, as well as in understanding the physiological consequences of the different patterns of activity characteristic of specific neurons.

We are currently studying neurons of the cerebellum, a brain region that participates in controlling movements. Projects in the lab focus on the ion channel properties responsible for specific patterns of firing, the transmission of synaptic signals from Purkinje to cerebellar nuclear cells, the responses of cerebellar nuclear cells to different patterns of synaptic input, and the activity and changes in cerebellar neuronal spiking during motor behaviors and learning.