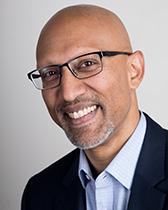 Research interest(s): The Molecular Genetics of Circadian Rhythms and Sleep; Neurodegeneration and the Circadian Clock

The Molecular Genetics of Circadian Rhythms and Sleep

Our research is focused on the circadian regulation of sleep behavior using the fruit fly Drosophila and incorporates a variety of approaches including biochemistry, molecular biology, genetics, cell culture, electrophysiology, anatomy, and behavior. Fly genetics has uncovered the molecular logic of circadian clocks. They consist of clock proteins that feed back and control their own transcription. Remarkably, highly conserved clocks exist in humans. We are interested in how these molecular networks develop. How does phosphorylation set the speed of the clock? How do these feedback loops influence neuronal activity and output?

Astonishingly, fruit flies exhibit periods of inactivity with many of the cardinal features of mammalian sleep, including homeostatic control and similar responses to drugs such as caffeine. We have identified a fly sleep center in a region of the brain also important in long-term memory known as the mushroom bodies (MB). We are interested in understanding how the circadian clock and sleep loss influence the MB, how the MB influence sleep, and what are the links between sleep and learning? Studies in the fly raise the possibility of understanding the elusive function of sleep at the molecular level.

Neurodegeneration and the Circadian Clock